Get a private Tai Chi and/or meditation class for no charge during January! Click here to learn more and schedule your free 30-minute class!

IS TAI CHI REALLY GOOD FOR YOU?

Over time, tai chi has gained a reputation as a movement practice powerfully beneficial to promoting health. This claim is beginning to objectively bear out within the medical literature as multiple systematic reviews found that tai chi decreased the risk of falls in older people, and effects a decrease in depression and anxiety, quicker recovery times post-surgery, and found favorable effects on functional exercise capacity in patients with chronic obstructive pulmonary disease, congestive heart failure, hypertension, and osteoarthritis.

CAN I LOSE WEIGHT WITH TAI CHI?

Tai chi in and of itself does not burn any more calories than any other similar movement practice. But often a barrier to weight loss are other health issues a person might have, such as mobility issues, joint pain, general fatigue, and even things such as lack of motivation and lack of self-empowerment. Tai chi can certainly aid in solving these issues and making a path towards effective weight loss more achievable and should be considered a valuable asset among all other tools in a weight loss journey.

HOW LONG SHOULD YOU DO TAI CHI FOR?

Once the solo routine is fully learned, depending on which routine, tai chi takes between 3-15 minutes to do. If a person did that once a day, that would be enough to begin to see the benefits the studies are talking about. The more you do, the more tai chi will benefit you.

IS TAI CHI GOOD FOR SELF-DEFENSE/IS TAI CHI EFFECTIVE IN A STREET FIGHT?

As normally practiced in the modern West, tai chi is more geared towards health promotion than combat arts. Understanding history, tai chi originated from moves designed to be done on a pre-modern battlefield with a sword in your right and a shield in your left. But, even so, if someone was motivated to, then tai chi concepts can certainly be incorporated into effective combat training strategies. It’s not the art, but the training strategies that matter when it comes to fighting ability.

CAN I LEARN TAI CHI ON MY OWN?/HOW CAN I PRACTICE TAI CHI AT HOME?

It is not advisable that you learn tai chi on your own without an adequate instructor. However, once some moves and concepts are learned, even without knowing a full routine, tai chi moves can be practiced at home on your own as long as you wish. Just be sure to check in with your instructor for deeper corrections. Remember, tai chi is never mastered. There is always another layer deeper in.

IS TAI CHI DIFFICULT TO LEARN?

None of the moves in tai chi are difficult to perform, nor are they difficult to learn to do. But the more you understand about tai chi, the more involved and integrated you discover the movements to be. They build on each other layer by layer. So tai chi is not difficult to learn, but it is also not quick to learn. That being said, the benefits of doing tai chi can begin very soon after starting.

WHICH IS BETTER, YOGA OR TAI CHI?

While they are both high-intensity low-impact routines steeped in Eastern traditions with modern reputations for mind and body benefits, they are dissimilar enough that comparing tai chi and yoga is like comparing apples and oranges. But to compare them very briefly, tai chi is about increasing mobility with mindful movements, and yoga is about increasing flexibility through mindful stretching and focused breathing. Which is better? That would depend on the individual doing it. But why choose? Do both!

WHAT ARE THE 5 STYLES OF TAI CHI?

There are many many styles of tai chi, all of them can be traced to Yang style, and that is traced back to Chen family kung fu, and that is traced back to Ming dynasty battlefield tactics. Each of the five main styles (Chen, Yang, Wu, Sun, and Hao) are named after their particular originator and they differ from each other in how that originator focused and used tai chi. Yang style is the most common and popular form in the United States.

WHAT ARE THE 13 PRINCIPLES/POSTURES OF TAI CHI?

Every move in tai chi is a mix of 1 or more of 13 “postures”. The first eight are: expand, push, roll, press, grasp, split, shoulder power, and elbow power. And the last five are, quite simply, move forward, back, left, right, and stand still. The routines vary in length and they range from 24 to 108 movements.

Read about the history of tai chi 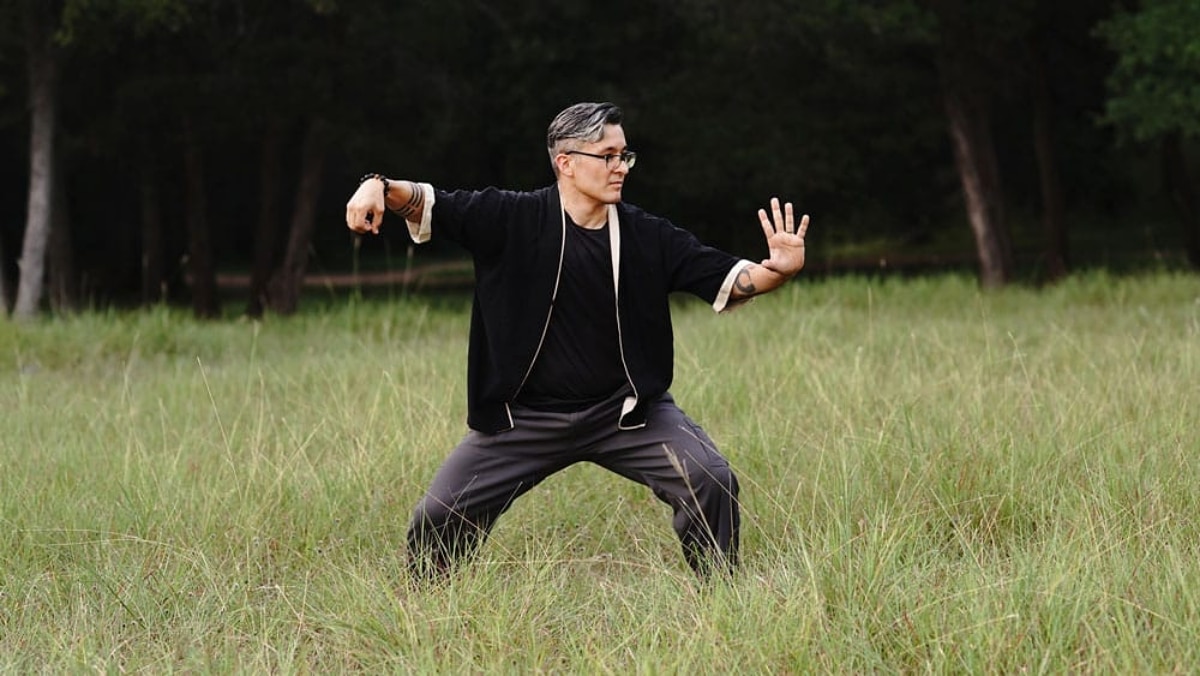